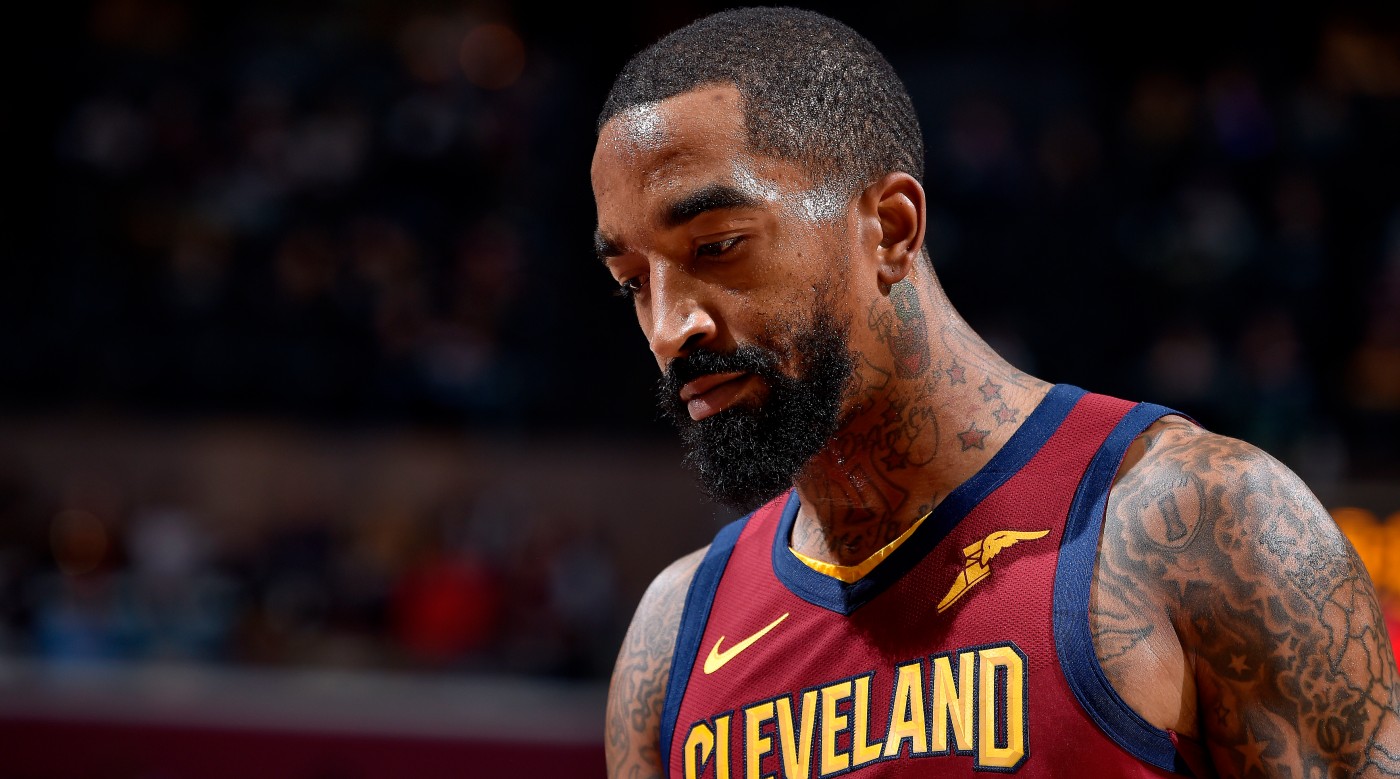 This morning it was reported by Joe Vardon (Cavs beat writer) that J.R. Smith and the Cavaliers are parting ways.

JR Smith will no longer be actively with the Cavs, a league source tells me. He is working with the team to trade him, and in the meantime will work out on his own

With this hiatus on the forefront and an abysmal 2-13 record the question is: What was the expectation for this season before and what is it now? Just think about their offseason moves and it all gets even more confusing in the grand scheme of things. First, they lose in 4 games promptly to the Warriors in the Finals in what proved to be LeBron’s last season in Cleveland. Not only did they get swept, but, they started off the series in an embarrassing fashion after JR infamously dribbled the clock out when the game was tied.

Next, they drafted Collin Sexton with the 8th pick in the draft and invested their pick into him as their point guard of the future. Once LeBron officially decided to take his talents to Hollywood the Cavs responded by handing Kevin Love 4 years and 120 million dollars in the form of an extension. At the time, it wasn’t really frowned upon as Love was an integral part in their title run and the thought process was “Maybe they can get some pieces in here around him and stay competitive while developing Sexton”. For some reason, they thought that their core of players who had to be dragged through a weak Eastern Conference by LeBron would all of a sudden start winning games without him (shocking, I know).

We fast-forward to where we are today and things are far more complex than they were before. Love is out for a while after foot surgery, Sexton and Cavs veterans are reportedly not getting along too well, and simply put, the whole team stinks. So now that it’s clear this team is, and will continue to be vehemently faulty, what is the plan? They do have their draft picks but with a slew of veterans (8 players over 25 on the roster) making big money I’m sure they won’t be happy with tanking. Another thing to factor in is that once Love gets back, he is going to help them, which in the grand scheme of things for the Cavs, is bad. They need to lose and they need to lose a lot of games. They aren’t getting any free agents in the door and I find it hard to believe that they will be able to sell high on any of their current personnel. They (like many NBA teams nowadays) spent their money poorly a few years ago and now it’s backfiring on them. They let LeBron dictate what all of his buddies would get for contracts after the 2016 title (Tristan Thompson: 5 years 82 million, JR: 4 years 57 million) and now with LeBron out of the fold, it’s really hurting them. I get it too, they won the first championship in Cleveland Cavaliers history in dramatic fashion and then rewarded their main pieces. They had already lost LeBron once and I’m sure the thought process would be that they’d be in the running for championships with this core for years to come, thus holding onto LeBron for another contract at least. Pretty much everything that could go wrong, did go wrong after the 2016 season. KD went to Golden State, Kyrie asked to leave a year later, the Cavs had to blow it up at the trade deadline after the Isaiah experiment didn’t work last year, and JR even entered the dysfunction when he threw a bowl of SOUP at a coach.

It’s even more jarring when you look at where they stand in statistical categories in comparison to the rest of the league. They rank in the bottom 10 as a team in points per game, defensive rebounds per game, rebounds per game, assists per game, turnovers per game, and blocks per game. In terms of advanced stats, they rank in the bottom 5 in offensive rating, defensive rating, net rating, assist percentage, assist to turnover ratio, turnover percentage, effective field goal percentage, true shooting percentage, and PACE. I knew they were bad, but before looking at those stats I had no idea how bad they actually were. They basically are terrible at every single aspect of basketball and for a team with no hope as is, it doesn’t feel like any will be on the way anytime soon. While they probably won’t get too much for JR his exit will be a step in the right direction. I think the next shoe to drop will have to be Love when he returns from injury. Keep an eye out for a Blake Griffin last year type situation to unfold near the trade deadline. Like the Clippers last summer (after giving Blake a 5 year 173 mill super max), the Cavs overpaid for their star (Love) and now that their team clearly isn’t good enough, are in a tough spot. They need to get young talent in the door and the only way they will be able to do that is if they have a fire sale for draft picks and lose a lot of games to end up back in the top 10 in the NBA Draft in June. It looks bleak right now for the Cavs and it’ll be interesting how this progresses throughout the season.